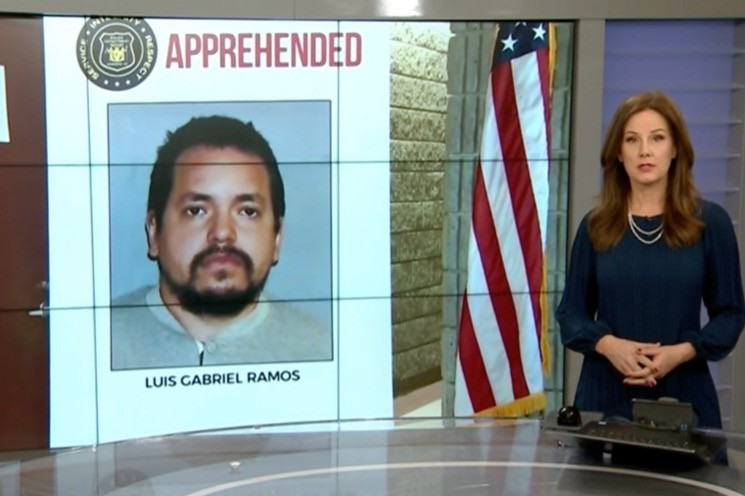 Yonkers police say the man facing charges for allegedly killing two women in their home was arrested for a different crime a few days earlier but was out because of New York's bail reform laws.

An FBI complaint was issued against 27-year-old Luis Gabriel Ramos for unlawful flight to avoid prosecution.

The document claims Ramos knowingly left New York to avoid charges in connection with the double murder in Yonkers.

It gives insight into the days after the alleged killings. On Nov. 1, Ramos borrowed a car and failed to return it to a co-worker.

On Nov. 2, Ramos's ex-girlfriend told Yonkers police that he had called her, admitting he had gone to the home of the victims to confront them about money they owed when he stabbed them both to death.

He went on to say he had been driving for a few days and would not be coming back.

The FBI were then able track his cellphone to New Mexico. He was later apprehended in Arizona.

Before Ramos allegedly killed 70-year-old Isabella Triano and her 38-year-old daughter Trisha Miller at their home on Shipman Avenue in Yonkers, he had been arrested and charged with arson for allegedly setting a car on fire along the Taconic on Oct. 26 and was released on his own recognizance, sparking more conversation about New York's bail reform laws.

"Two people are dead now because of these laws, and they need to be severely, severely changed," says Keith Olson, president of the Yonkers Police Benevolent Association.Yonkers police are working with authorities in Arizona to extradite Ramos back to New York for questioning. Police believe Ramos drove to Arizona and was attempting to flee the country. Ramos is also expected to be in court in December for the arson charges.

Click here to read the full article and watch the video